Coming Out of the Metaphysical Closet

Last year as I was talking to people in Mastermind groups, networking groups and various conferences I heard them say they were in transition.  I too was saying those very words.  It seems that 2013 is the year of moving forward and taking a stand for which we feel deeply called.  What comes to mind is Gandhi’s quote, “Be the change you want to see in the world.”  It appears that many are ready to express themselves fully, come out of the closet of obscurity, and go to the next level of contributing to the world in which we live. 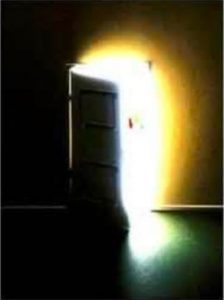 Something often not seen by many and therefore not acknowledged is that simply because we exist on this planet, we matter.  Because of our conditioning and programming we tend to think just the opposite is true.  We rather believe that we are not enough, we are not good enough, and therefore we don’t matter.  It can take many of us a life time to unravel that knot and discover that we have a message and that it is vital to our aliveness (in astrology we call it the Sun) that we express ourselves in whatever form that takes.

And so it is for me as well that I’ve been in my own cocoon waiting for the right time to fully acknowledge that it is time to give back for all the gifts I have received over the past 30 plus years.  It was important for me to integrate all that I had learned so it became second nature and part of my daily livingness.  The time has come to begin sharing my journey and what it has meant to me so that I can mentor and train others to be more open to expressing their deepest motivation for exiting and Being.

My journey began as a child when I first experienced my own true nature as Being Love.  Yes, I was infused with this profound knowing I was THAT which is outside of space/time.  It did not make me feel special or superior; however what did happen is that as I looked around I wondered how it could be that I was so touched and those in the world around me did not seem to be having the same experience.  At least they were not behaving as though that were the case.  I had so many questions about the nature of being here and what to do with what I was experiencing and there was no one to ask.  While that feeling never left me I did feel isolated and alone as well as sad because I couldn’t do anything with it that would make others see what they were missing.  As life happens I believed I wasn’t enough or worthy to share the gift I had been given.  You could say while the Love was still there I fell vulnerable to the lies and messages I was receiving and absorbed them as truths.

My first formal entry into any kind of training or teaching came in the early 80’s with the Erhard Seminars Training know as EST now known as The Landmark Forum where I developed a stronger sense of Self.  However it wasn’t until early 2000’s that I met a teacher that would take  me on a life changing journey to examine deeply my belief systems, identifications, and considerations that had crept in and entrapped me while I wasn’t looking.  I’m sure you can relate.  It was never about getting rid of or changing anything although in the process I most definitely changed.

I always had compassion for others but I wasn’t very generous on myself.  I discovered that acceptance and compassion for my own forgetfulness of WHO/WHAT I really am was necessary.  It opened me up and created a shattering of the things that I had been told or messages I had absorbed and believed about myself that I thought were so horrible.  At each step of the way I gained more courage to look deeper and uncover and peel the layers upon layers of beliefs and considerations.

Do you ever get frustrated with people around you when they either can’t see or think the way you do and you go about trying to change their mind and their whole way of being altogether?  As I went through my own process I discovered and began to understand that I could no more change others than I could change myself.  And, as I accepted myself as I am more, I was able to do that for others.  I could meet them where they were and I no longer felt that I needed agreement in order to be in relationship with a person.

Now to my training and how it accelerated my transformation.  Unless you commit yourself to a monastic life it is a proven fact that we cannot transform alone, we need others if we are to live in the world.  Some people meditate for years.  I found that I was not suited for meditation at least not the type that is generally spoken about where one sits quietly and watches their thoughts.  While that can be affective, it also takes years to attain not just a quiet mind but the understanding of the nature of thought and to where it no longer has power of one’s ability to freely function in the world.

I’ve been engaged over the years in what is called partner assisted contemplation or inquiry whereby one person asks a question such as who am I and the other partner expresses what comes up as a result of asking the question without editing, filtering or monitoring.  I have found that open expression and being heard and witnessed without judgment or verbal affectation accelerated the release of thoughts and beliefs enabling one to have a direct experience of who/what they really are.  As such this process of inquiry has strengthened my ability to witness rather than indulge in the story thereby gaining distance to be able to see and know that I am not my beliefs, thoughts, and considerations.  This has brought me to experience high states of consciousness that most people think are only attainable by gurus and masters.  But where did many of them start?

This type of work is not for those that think they can tip toe through life and feel that they can escape looking at their own pain of existence in order to directly know themselves as something other than a body or simply mind.  It is for the few brave and courageous enough to take the plunge into their psyche for I know what is on the other side.

For information on this work http://en.wikipedia.org/wiki/Enlightenment_Intensive